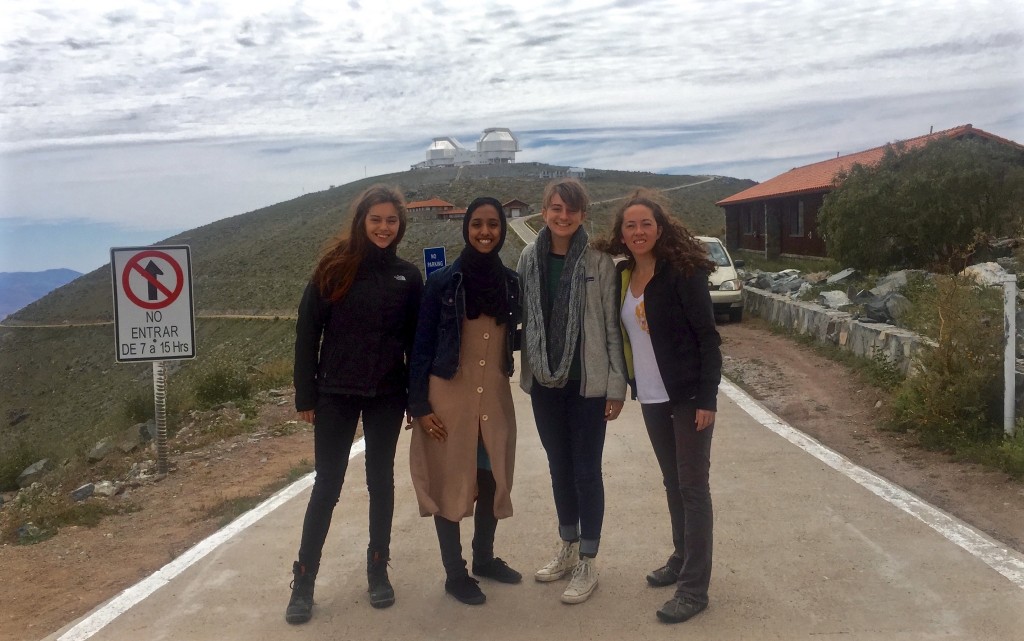 This past September, four members of the BDNYC team travelled to Chile to observe at Las Campanas Observatories (LCO). This team was led by Jackie Faherty and included undergraduate students Munazza Alam, Sara Camnasio, and Haley Fica. Both Munazza and Sara were funded by National Geographic Young Explorers Grants.

Las Campanas Observatories is one of the major telescope facilities in Chile, home to the two Magellan 6.5-meter telescopes and the soon-to-be-constructed Giant Magellan Telescope. For this observing run, the team had a single night on the du Pont 3-meter telescope and two nights on the Baade Magellan telescope. The aim of the run was observing cold brown dwarfs to obtain parallaxes with CAPSCam on the du Pont and FourStar on Baade as well as spectra with FIRE on Baade.

While the weather did not cooperate throughout the run, with a mix of high humidity, high winds, and clouds, that did not deter the team from pushing forward and getting as much data as they could. The all-ladies team has contributed to posts in the Las Campanas Belles blog, which details the adventures of women scientists at Las Campanas and other observatories. The below links direct to each student’s perspective and two summary posts.

Sara Camnasio: Setting Foot in Chile (and trying to keep it still)