In a celebratory tribute to women in science, passersby to the Brooklyn Academy of Music in New York City can now enjoy a visually stunning and AR-enabled mural inspired by the research of BDNYC co-founder Dr. Jackie Faherty, and our very own enigmas of the Galaxy—brown dwarfs.

“A Cluster of Enigmas”

Completed in November 2020, “A Cluster of Enigmas” is the first mural in the new “FINDINGS” series by renowned artist Amanda Phingbodhipakkiya. The public art project, in partnership with the Heising-Simons Foundation, will celebrate women in science through a series of vibrant, large-scale murals appearing in cities across the United States.

This first mural is a wonderful example of the beautiful and fruitful collaboration between the sciences and the arts. The mural depicts Dr. Josephine English, the first Black woman to open a private practice in New York City, along with other figures to represent the many diverse and bold women pioneers in the sciences. In the mural, these women dance across the cosmos, but it is through the Augmented Reality component of the project that this feat of art and science truly becomes clear. When viewed through the AR app, the mural bursts into a dancing swirl of colorful brown dwarfs. The video of the brown dwarfs was rendered using NASA-funded planetarium software called OpenSpace that is being co-developed at the American Museum of Natural History, as well as with Uniview software through a collaboration between Dr. Jackie Faherty and other researchers at Adler Planetarium. 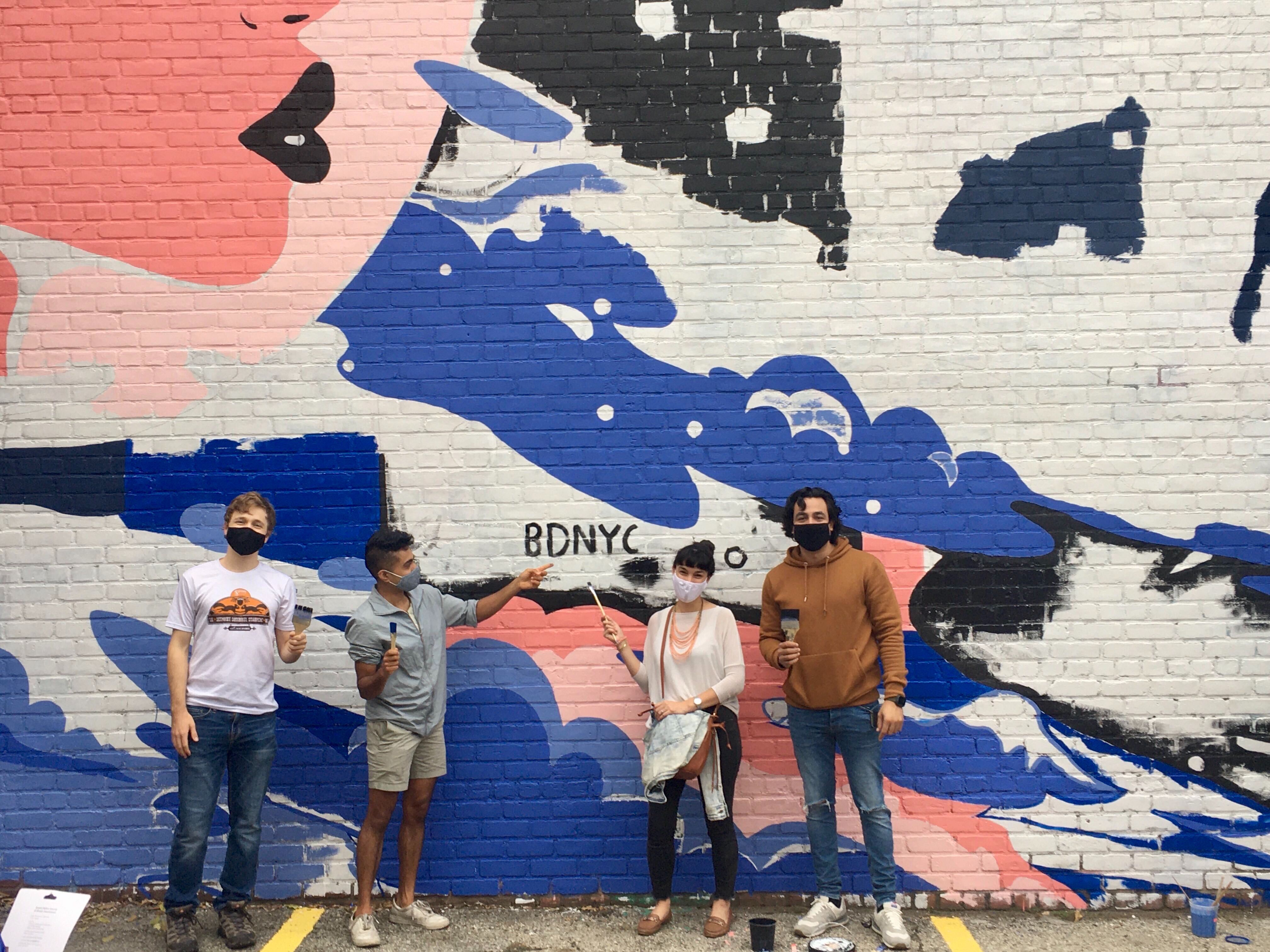 As part of the project, Amanda Phingbodhipakkiya invited young women and other community members to the site to participate in the painting of the mural and hear about the science behind it. Several BDNYC members were delighted by the opportunity to come out and help with the mural, and even had the chance to paint “BDNYC” on a base layer that was later covered, but we know it’s there!

From the incredible women who inspired this mural to the science behind it, “A Cluster of Enigmas” is a gorgeous and lasting tribute to the powerful and wondrous women of New York City, and the mysteries of the universe that inspire them. 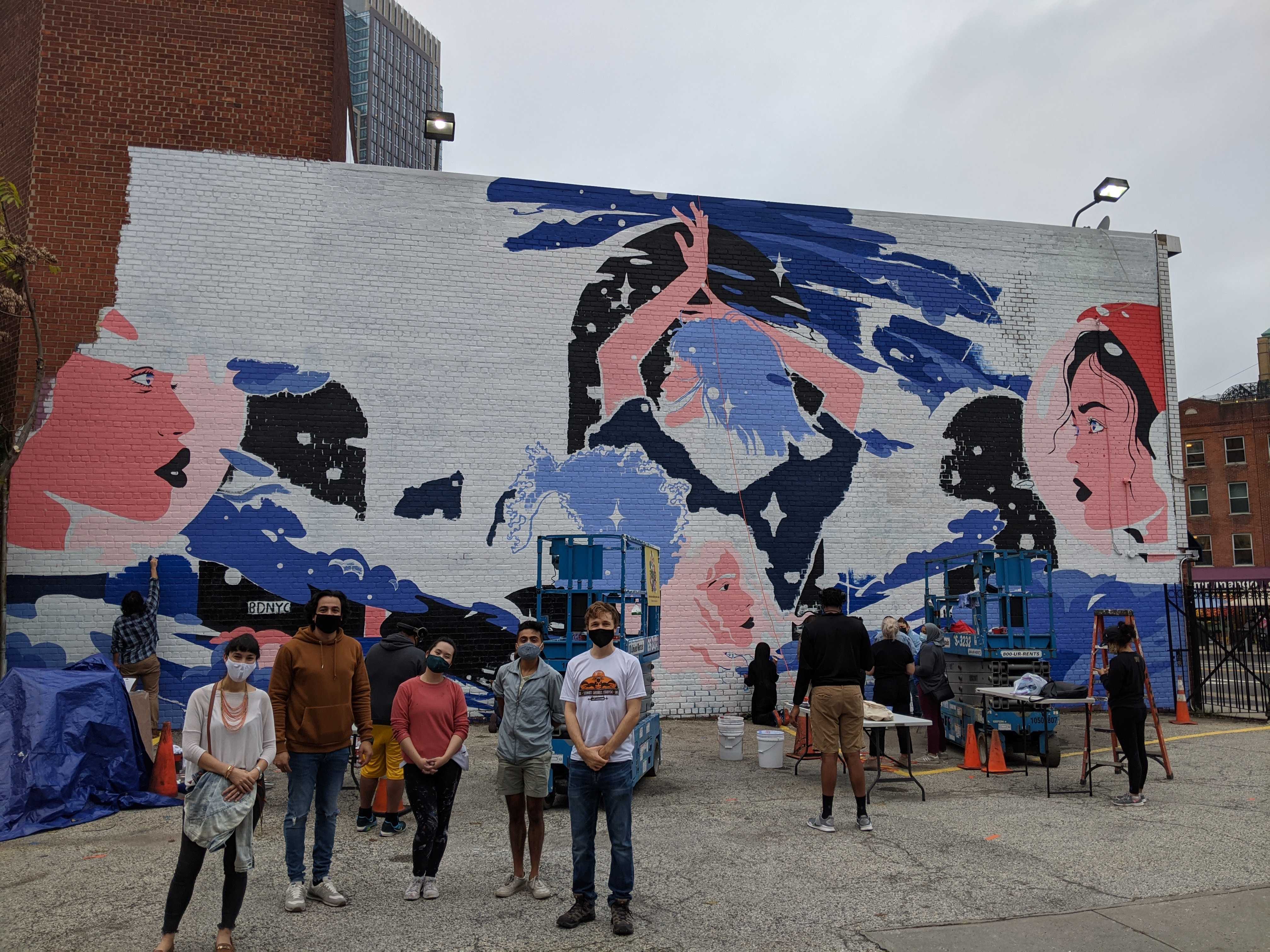