The BDNYC team is delighted to share the graduate school decisions of three of our members: Elena Litvinova Mitra, Jose I. Adorno, and Austin Rothermich. 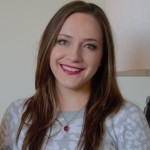 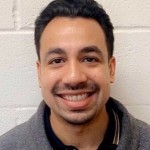 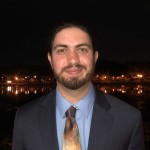 Elena Litvinova Mitra is a senior undergraduate student at CUNY Hunter College where she will earn a degree in Physics (B.A.) and a minor in Mathematics. Elena has been working with the BDNYC research group since the summer of 2019. She has been a Hunter college McNulty scholar since 2019 and an Astrocom NYC fellow since 2020. Currently she is conducting research in orbital dynamics with BDNYC's Dr. Jacqueline Faherty, Dr. Kelle Cruz, and Dr. Danielle C. Bardalez Gagliuffi.

In 2020, Elena completed a summer research project at the Princeton Plasma Physics Lab as part of the Department of Energy's SULI program with advisor Prof. Nathaniel Fisch. This project played an important role in understanding plasma transport in applications such as clean energy and nuclear waste management. As a result of this project, Elena recently published an article in the peer-reviewed journal Physics Letters A. Elena’s research interests are in astrophysical and fusion plasma physics, a field which challenges our current understanding of the fundamental laws of physics and enables future technologies.

In Fall 2021, Elena will attend the Princeton University PhD Program in Plasma Physics within the Department of Astrophysical Sciences. This is a second career for Elena; she holds a B.A. in Economics from UC Berkeley, and spent seven years in the digital technology industry before pursuing her passion in physics.

Jose I. Adorno completed his Bachelors of Science in Physics at CUNY Queens College in December 2020. His parents are originally from Puerto Rico although he was born and raised in NYC. He was selected for the Astrocom NYC project in 2018 and worked with Saavik Ford and Barry McKernan before transfering to the BDNYC research team in the summer of 2020. Throughout his entire undergraduate career, Jose worked full time at JFK airport and local NYC restaurants, essentially paying his own way through college. He is currently a Postbac Science Researcher working with the gravitational wave group at the NASA Goddard Space Flight Center.

Jose’s current research with the BDNYC team has centered on using VLT data to search for brown dwarf binaries. This research has led to the discovery of a very nearby brown dwarf binary system which will be useful for future dynamical mass studies. Jose is currently working on using aperture-photometry to better characterize the components of this exciting target.

Jose accepted an offer from the University of Miami to begin a PhD in Physics in Fall 2021, with a concentration in Astrophysics research. He hopes that this next step in his research will lead to a career in astro-instrumentation.

Austin Rothermich is graduating from the University of Central Florida in Orlando. Austin began his academic journey at Seminole community college where he spent two years before transferring to his current university. His interest in brown dwarfs was sparked several years ago when he began participating in NASA’s citizen science project Backyard Worlds: Planet 9— co-founded by BDNYC’s Jackie Faherty—which enables citizens to assist in a search for planets and brown dwarfs lurking in the solar neighborhood. Austin was one of the first Backyard Worlds: Planet 9 “superusers” participating in deep dives into targets once he discovered them and reporting them directly to team members.

Austin’s current research with the BDNYC team focuses on identifying and studying new brown dwarfs which orbit higher mass objects at wide separations. He spent the summer of 2020 as a remote REU student in the NSF-funded AMNH program working with BDNYC.

Austin will join the CUNY Physics graduate program in Fall 2021, where he plans to continue his work on brown dwarf binary systems.

Congratulations to Austin, Jose, and Elena on their graduate school decisions! The BDNYC team wishes them the very best with all of their future research!