No matter where we live in the world, to look up at the night sky and wonder about our place in the universe is human. “We are all looking at the same sky,” says Lisseth Gonzales Quevedo, a Bachelor of Physics at Universidad Nacional Mayor de San Marcos (UNMSM) in Lima, Peru. It is through this inherently human fascination for the universe that two BDNYC members are helping to bring scientific thought to the children and youth of Peru.

BDNYC members Dr. Daniella Bardalez Gagliuffi and Lisseth Gonzales Quevedo are the co-founder and one of the workshop instructors of CosmoAmautas, a pilot education program that aims to increase math and science literacy in the students of Peru by inspiring an interest in astronomy in not only the students, but their teachers as well. This aim is reflected in the very name of the program—Cosmos, from the Greek word for our universe, and Amautas, a Quechuan word meaning wise one or teacher.

The project began two years ago, with Daniella and Gabriela Calistro, a Peruvian postdoctoral scholar at the European Southern Observatory. Having both completed their education abroad, Gabriela and Daniella had always wanted to give back to Peru. Using data from the 2015 Programme for International Student Assessment (PISA) as their justification, which showed Peru as the second-lowest scoring country in math and verbal reasoning, they secured funding from the International Astronomical Union Office of Astronomy for Development (IAU-OAD). The two then recruited six Physics university students, Lisseth being one of them, and then a few more astronomers from the Geophysical Institute of Peru to join their team, and all together launched CosmoAmautas. 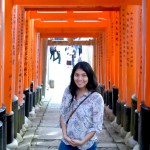 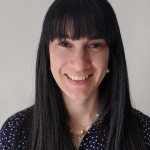 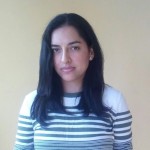 Dr. Gabriela Calistro is a Peruvian astrophysicist, studying the physics of galaxies and black holes in the early Universe. She currently holds a research fellowship at the European Southern Observatory (ESO) in Garching/Munich, Germany. In 2019, she completed her PhD at Leiden University in the Netherlands. Previously, she was part of the ENIGMA group at the Max Planck Institute for Astronomy (Germany).

Dr. Daniella Bardalez Gagliuffi is also a Peruvian astrophysicist, currently a postdoctoral researcher at the American Museum of Natural History, originally from Lima, Peru. Her research aims to understand the formation of low-mass stars, brown dwarfs, and giant planets, combining a demographic approach and through infrared spectroscopy. Daniella started college in Peru at the Universidad Nacional Agraria La Molina and then transferred to MIT, where she earned her Bachelor's degree in Physics. She then continued on to UC San Diego where she earned her PhD in Physics. After having lived many years abroad, Daniella is thrilled that CosmoAmautas has given her the opportunity to reconnect with her country through astronomy, education, and outreach, and allowed her to cement invaluable professional relationships with Peruvian astrophysicists.

Lisseth Gonzales studies Physics at the Universidad Nacional Mayor de San Marcos in Lima, Peru. She is currently part of the BDNYC group where her research focuses on rotation rates of AB Doradus Moving Group using TESS data. At UNMSM, Lisseth joined the university astronomy group SPACE, where she led outreach projects like “100 Hours of Astronomy,” which celebrated the one hundredth anniversary of the IAU in 2019, and “Astronomical Fridays,” the longest-running astronomy talks in Peru. In 2020, Lisseth applied to become a university instructor through CosmoAmautas because she herself grew up and received her basic education in a rural area of Peru, and understands from personal experience the positive impact the project will generate in the education system across Peru. After joining CosmoAmautas, Lisseth began a research project with Daniella, which will become the topic for her tesis de licenciatura, a master's thesis equivalent in Peru.

The first question the CosmoAmautas team asked themselves when launching the project was how could their pilot education program have the biggest impact in increasing math and science literacy in Peruvian students? Two things quickly became clear: the first that astronomy—with all its inherent mystery and awe of our universe—naturally lends itself as a more emotional path into learning math and physics. And the second that, in order to truly benefit as many students as possible, they had to start with their teachers.

In this way, CosmoAmautas is comprised of three tiers:

The first tier of CosmoAmautas, the teacher training workshop, aims to increase not just science and math knowledge, but also critical thinking, all within the context of astronomy. The participating teachers have the opportunity to develop their critical thinking skills using inquiry-based learning activities, which they can then bring back to their classrooms and their students. Because the workshop takes place over Zoom, CosmoAmautas is bringing together teachers from different regions in Peru in a way that wouldn’t be possible with an in-person workshop, and is therefore able to involve and include teachers from rural areas that have more limited access to these kinds of education resources.

The second tier of CosmoAmautas focuses on high-level scientific research with participating Peruvian university students. Through the program, the students have the opportunity to give science talks in the Saturday sessions of the CosmoAmautas workshop, which helps with their professional development. For some of the students, the research completed under the guidance of professional astronomers, like Daniella and Gabriela, will become their graduate thesis.

The third tier of the CosmoAmautas will involve visits to the schools of some of the teachers who participated in the workshop. The CosmoAmautas team was awarded ten telescopes from Open Astronomy Schools, which they will give to the participating teachers and schools with the goal of enabling teachers to start their own astronomy clubs with interested students.

The success of CosmoAmautas and its goal to increase science and math literacy in Peru will be measured in the five-year term by counting how many students from the participating schools end up going to the National or International Astronomy Olympiads.

The team plans to post the CosmoAmautas Book to arXiv.org in several months so that this Spanish language astronomy resource will be available to anyone who needs it. The book, along with other program documentation, will hopefully allow for CosmoAmautas to be passed on to new scientists and teachers one day, so that it becomes a long-term, sustainable program. Gabriela, Daniella, and Lisseth’s joint vision for CosmoAmautas beautifully aligns with a future vision for astronomy itself—a future in which people all over the world not only look up at the same sky, but all have equal access to the resources we need to discover it.