Summer is always a special time for BDNYC because it's when we have the most time to dedicate to research and spending time with each other! This summer, the group has students from Hunter College, the College of Staten Island, the Graduate Center, Columbia, and Barnard. I'm also proud to say that the SDSS Faculty and Student Teams (FAST) initiative is now supporting our students in addition to AstroComNYC and our NASA and NSF grants. Things are busy, but we took a second at the end of group meeting yesterday to take a picture: 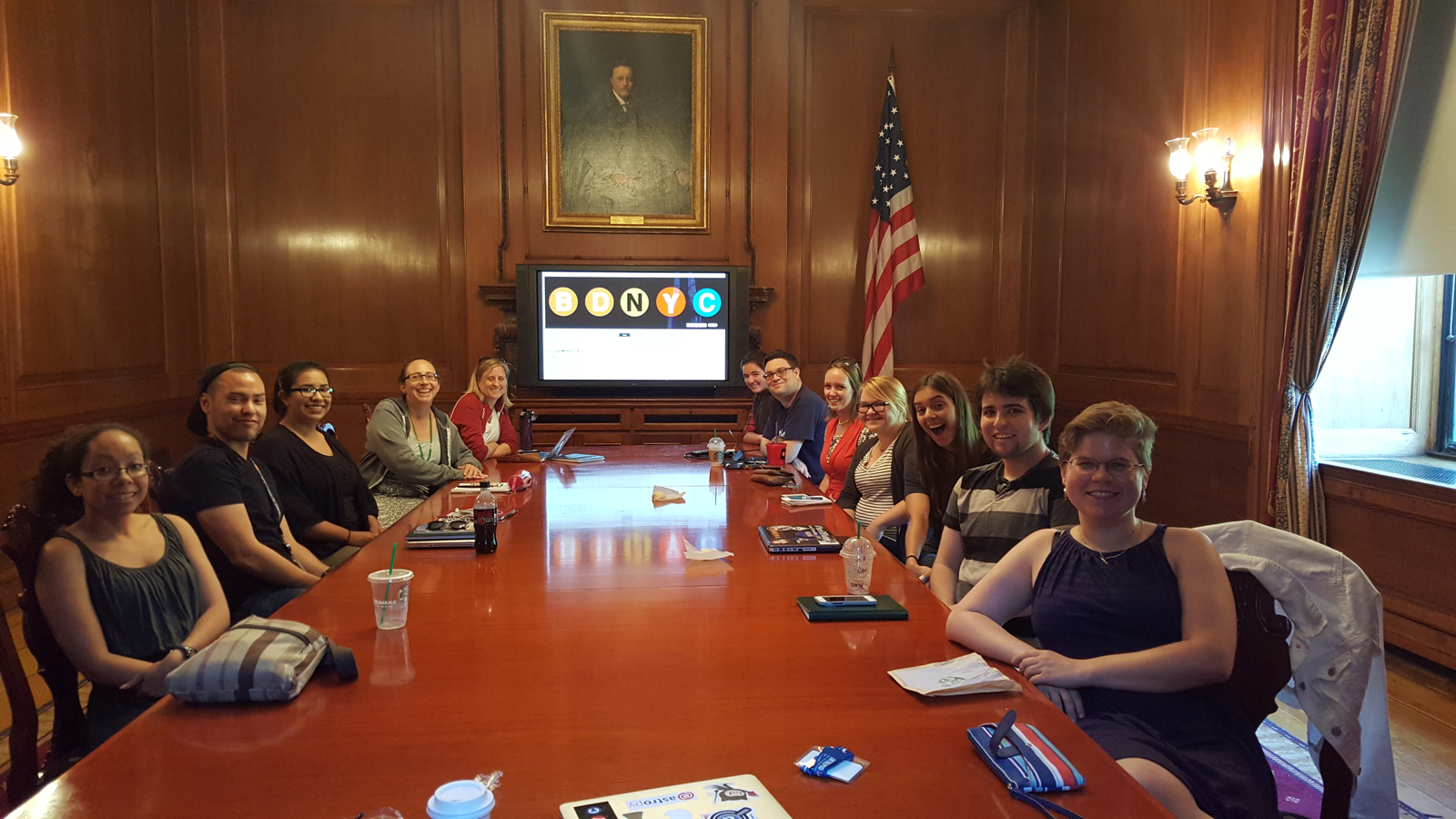 Spectral average templates of 1–2.5 micron SpeX prism spectra of optically-classified field L dwarfs. Each of the three bands (JHK) are normalized across the whole band and plotted individually to remove the effect of the overall slope (color-term) of the spectrum. This allows the spectral features to be compared more directly.

The Planck functions for 2000, 1800, and 1600 K are shown (with arbitrary normalization) as dotted lines on the L0–L5 sequence. While molecular effects dominate the spectral morphology at most wavelengths, the shape of the J-band peak at 1.3 microns seems to be most sensitive to the underlying temperature-dependent Planck function rather than the strength of a particular absorption feature. It also looks like the slope of the H-band spectrum on either side of the water bands could also be modulated by the underlying Planck function rather than the water absorption itself.